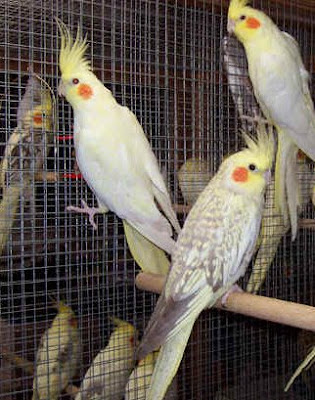 Tourists enjoy a piece of paradise in Tenerife due to its combination of warm weather, clean beaches and attractive landscapes. Brits are selling their homes in the UK and buying property in Tenerife, it has been reported.


According to News in the Sun, Tenerife is an island popular for its beaches and now the island will also boast some of the world's exotic birds following the opening of a new aviary. Loro Parque aviary which is expected to be open to the public in June will have one of the largest free-flight aviaries in the world, of 17,000 cubic meters, with a 30m height. It is intended as a terrific viewing experience for visitors to the park, with more than100 different varieties of birds from all around the world, but primarily exotic species from Asia and Australia.

The visitors will actually be able to go inside the aviary and experience the birds flying around and also it has the hanging bridges for the visitors with enough nerve to walk along the forest canopy. The Park could boost family tourism and create greater demand for properties letting to this sector.

Tenerife Property Shop reports that the Spanish government is boosting the BTL industry by introducing several financial incentive schemes and UK property investors have caught wind of the benefits of the long-term Spanish rental market.

Mary Spencer, director of the firm commented: "The influx of these new investors into the Tenerife housing market has been building over several months, to the point where we can now identify it as an accelerating trend”.

This comes after the news that Globaledge Search Index study into the most popular Spanish property destinations revealed that the island of Tenerife ranked highest, with more number of searches taking place in 2008.