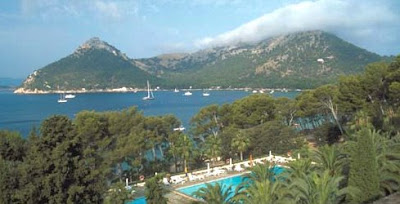 Foreign investment is sizzling along with the Spanish economy, and not surprisingly, Spanish hotel life is experiencing a resurrection, according to Forbes traveler magazine.

A team of independent travel writers has stated that Majorca has long been a popular destination for families looking for a dose of winter sun at reasonable prices, but the island also caters for the luxury end of the market, as they have rated La Residencia's as one of the best hotels in the world.

Forbes Traveler magazine said that the La Residencia complex that wends across 30 acres of olive and citrus groves retains a quiet, serene small-village feel with plenty of breezy open spaces. The comely young staffers ensure visitor's hands are never cocktail-free for long. Enrique Sarasola, the Spanish entrepreneur behind Room Mate has said that the best way to visit a city is to go to a friend’s house and let him or her advice you on the best place to go in town. This philosophy paved the way for the faux-host concept behind this hotel and it is surprisingly inexpensive

A recent study by the Co-op travel agency revealed that the price of holidays in Majorca would increase by an average of just 3.2 per cent in 2009, reports The Majorca Daily Bulletin, a local newspaper.

The newspaper rubbished the claims that the relative weakness of the pound against the euro would push prices up and added that the price increase in Majorca is the lowest rise of all the destinations included in the survey.

Recently, the Oscar-winning actress Gwyneth Paltrow traveled to Majorca to make her own TV programme about the culinary delights of the island as Majorca has long been renowned for its fabulous cuisine.
Posted by EstatesNewz at 10:36 PM