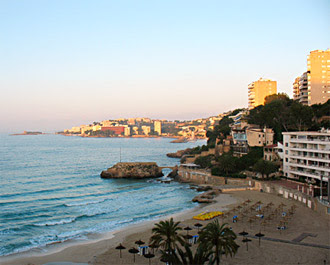 Palma, the capital city of the Spanish island of Mallorca is tipped to fare better than the property market on the mainland, an estate expert has said.

Laura Latham Writing for the Independent, states that Palma is perfect for those who wanted glamorous seaside living, with cobbled streets, marina designer boutiques, although walking enthusiasts would also feel at home with the island's rugged landscape.

Local developer Duncan Colbrook said that Palma is an incredibly attractive city and buyers are particularly attracted to the region's period charms and cultural offerings with a perfect climate and everything buyers could want commercially and culturally. Mallorca has been named as the most stable property market in Spain as the region has an upmarket reputation and demand is driven by the fact there is a limited number of properties on the island so it is not suffering from over-supply.

According to a report from Engel and Volkers, one of the largest networks of international estate agents in the Balearics high-end property prices in Mallorca has fallen by 30 to 35 per cent in the last quarter of 2008 compared with the previous year with one and two-bedroom flats available for £150,000-£200,000.

In related news, Times have reported that Palma has a very Spanish feel but is also trendy and is not the tourist trap that other parts of the island have become.
Posted by EstatesNewz at 9:28 PM