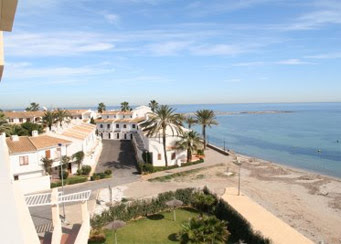 Spain is likely to be the popular destination for lifestyle buyers from the UK looking for true Spanish lifestyle, an expert has stated.


According to Mike Hamilton, managing director of Casas de Lorca, of Property Wire , there is no doubt that the country is still an attractive option for expats and holiday home buyers and the "true Spanish lifestyle" is appealing to a number of Brits. He added that growing number of Britons are choosing to live in the Murcia region of Spain as it stands out for that kind of lifestyle. The region offers lots of attractions such as good quality housing, services, amenities and wealth.

Mr. Hamilton said that people looking for Spanish property tend to want to integrate with locals, enjoy the "lifestyle attractions" and learn the language, which Murcia can offer to those house hunters. In addition, he highlighted its high living standards and the affordable price of goods and services. Data cited by Homes Worldwide showed that the number of Britons registered as permanent residents of Murcia has risen from just over 1,000 eight years ago to more than 17,000 last year.The coastal towns such as Los Alcazares and Cartagena are increasingly becoming a hotspot for expatriates from the UK.

Recently the Telegraph has stated that the Murcia property market is expanding at a significant pace and is likely to keep growing. The prices of high-end properties such as luxury four-bedroom villas are still relatively cheap, with some priced for less than £200, 00.

Commenting on the current trend of the market, the Telegraph said: "Murcia has growth potential with the significant upgrade of its airport, Corvera, due to be ready by 2010."

Posted by EstatesNewz at 4:32 AM