Overseas property buyers could find a number of good investment opportunities in Murcia as it is becoming an increasingly popular holiday home destination, according to reports.

Golfing giant Polaris World significant investment in the area and the improvements in the provision of leisure facilities had also boosted its appeal. In addition, Murcia's stunning beaches and the Men Menor, a 'mini-sea' famous for water sports makes it more attractive to potential investors.

Homes Worldwide highlighted the surge in popularity of the area and stated that it is increasingly becoming a hotspot for expatriates from the UK. The statistics showed that the number of Britons registered as permanent residents of Murcia has increased to more than 17,000 in 2007.

Typically Spanish reports that Corvera in the Murcian region of Spain will see construction start on a new international airport later this year which is due to be ready by 2010. Monarch Airlines has begun services to Murcia from Manchester Airport in the UK, which runs five times a week. This represents a further boost to the accessibility of the area and could make it more attractive to prospective investors.

Commenting on the current state of the market, Conrad Bedford of Overseas Property Shop said: "Murcia has sprung alive in last couple of years". The region's property market is expanding at a significant pace and the investors could potentially make a considerable profit.

Posted by EstatesNewz at 2:25 AM 0 comments Links to this post 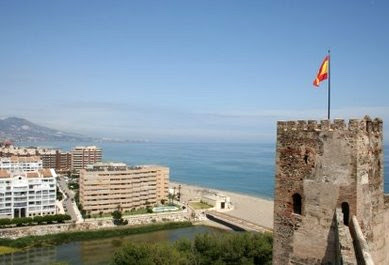 The popularity of the Fuengirola on the Costa del Sol with foreign leisure travellers has significantly boosted the economy in the region and overseas property investors could find Fuengirola a highly lucrative investment.

Only 25km from Malaga International Airport is the town of Fuengirola -a vibrant metropolis in the Costa del Sol is easily accessible by road, rail or bus. The amazing seven kilometers of sandy beaches, stretching from the Sohail Castle to the west and Torreblanca to the east is one of the Fuengirola's main attractions. The many up-market bars and luxury hotels, interspersed with stylish boutiques ,water sports and golf clubs, as well as amazing beaches makes it the perfect holiday destination. Trips over to Morocco with the 45-minute ride by boat are also on offer.

The municipality has made massive investments towards developing the infrastructure in Fuengirola, not only to increase the tourist trade, but also to make this a wonderful place to live. Korin Nolan features on The Wright Stuff, told the Daily Mirror just how much she enjoyed a recent trip to the area and also stated that she enjoyed the seafood on offer, with it being "amazingly fresh and delicious".

The area's popularity with holidaymakers has led to its becoming a "renowned" hotspot for overseas property buyers, as there is now high demand for rental accommodations.
Posted by EstatesNewz at 10:45 PM 0 comments Links to this post

Overseas property buyers could find a number of good investment opportunities in Mallorca and the region looks as the most stable property market in Spain, an expert has stated. 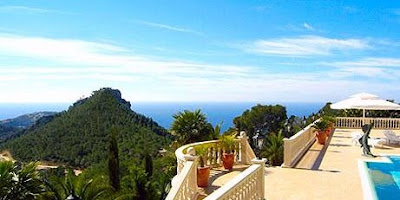 According to the Spanish Hot Properties, Mallorca property market is the most stable property market in Spain and is expanding at a considerable pace and is likely to keep growing. It added that the supply side has been relatively constrained with limited number of properties on the island so it is not suffering from over-supply.

Demand for properties has come from "lifestyle" purchasers rather than speculative investors. The Mallorca "brand" is robust and further encourages demand from buyers and owners looking for quality properties in a good quality environment. Mallorca has not suffered the uncontrolled speculative development boom that has been bogging the Spanish Mainland and planning controls remain comparatively tight.

Expats from UK, Germany and the emerging wealthy middle classes of Eastern Europe are relocating to Mallorca in order to change their lifestyle. Figures from Spanish Hot Properties revealed that nearly 19,000 Brits are the residents of the island, while a further 60,000 UK nationals own second homes there.

The Mallorca ecology alliance, the GOB, Calls on Affordable Housing Policy Review to design and apply a wide-ranging housing strategy for existing properties and vacant plots to deliver the units required to meet future housing unit demand without further erosion of the Mallorca countryside.

Posted by EstatesNewz at 10:42 PM 0 comments Links to this post

The survey was carried out by Pricerunner.co.uk and some of Europe's most popular destinations for a second home are in Spain. Malaga came at number four on the poll and Alicante not far behind in fifth position. Tenerife, Barcelona and Lanzarote also made it in to the top 20.

Forbes.com has stated that Costa del Sol, Marbella, Almenara, Atalaya and La Quinta are top destinations when it comes to buying a holiday home. Realtor Kristina Szekely told forbes.com that "People love southern Spain because they've got everything there, like the big shops, fabulous weather and some of the world's best golf courses."

The Spanish Property Owners Guild (Spog) has recommended Second home buyers to act quickly for bargains in Spain as it is currently experiencing a downturn in its housing market. Housing minister Beatriz Corredor said that sellers has already reduced prices which shows that "now is the right moment to buy a property" in Spain.

Holiday-Rentals stated that second home buyers consider relaxation as well as close proximity to luxury retailers as their consideration when purchasing a foreign property. Since Spain's lifestyle attractions are still in place, foreign purchasers are ignoring the market disorder and buying for changing their lifestyle rather than pure investment. However, market experts predicted that the property market in Spain is likely to pick up again at a later date.

Posted by EstatesNewz at 10:05 PM 1 comments Links to this post

Tax breaks is set to revive the Spanish property market

Investment prospects in Spain have been boosted by new policies and tax breaks which have been unveiled by the Spanish Government. Overseas investors are moving to Spain in order to take advantage of various tax benefits, it has been reported.

Spanish Prime Minister Jose Luis Rodriguez Zapatero has announced tax breaks and a share of a £2.38 billion credit line for the developers who rent their properties. The Spanish government's recent move to cut the capital gains tax rate from 35 per cent to 18 per cent would boost its appeal among foreign investors. The Telegraph reported that the tax breaks would act as a "further incentive" to invest.

Santiago Baena of the Spanish real estate agents' association has predicted that Spain's current economic downturn since the onset of the credit crunch, which has impacted severely on the housing market will improve and the housing market would bounce back as early as next year. The tax breaks is also expected to revive the Spanish property market.

Shelter Offshore has suggested that overseas property buyers take advantage of the forthcoming price increases by snapping up a residence while they are underpriced. The property market in Spain may not be ideal for overseas investors; the situation is expected to improve further down the line.

Posted by EstatesNewz at 6:24 AM 0 comments Links to this post

The property owners who intend up- or down-grade their home in Spain have been urged to look at their finances first, according to an industry analyst.

According to a Spanish national chain of estate agents, Don Piso, the average time to sell an apartment has increased by over 40% over the last two years from 86 days in 2005 to 120 days in 2007. This trend is being felt markedly on the Costa del Sol as the property market is in an idle period. However, the good news for property investors is the new 'Cambio de Casa' mortgage.

Cambio de Casa (which means 'Change of House') is a mortgage for the full amount of the new property and the costs that arise from the purchase. The owners don’t have to sell your current home in a rush. The system includes two mortgage loans, one for the home they are going to buy and another one for the home they wish to sell. The buyers have a 12 month grace period in which they don’t have to make any payments. They have to pay for the mortgage taken out for the new house.

The banks also offer interest only in the first year to facilitate for low payments. If the house is not sold by the second year, the two mortgages would be clubbed and paid on an interest-only basis up to five years or till the property is sold, whichever is earlier? The mortgages are adjusted by the bank for an easy, effortless change over. Meanwhile, this clever mortgage scheme provides the homeowner the rental income from their first home at the same time as enjoying their new home.

Adam Gale, MD of Costa del Sol estate agent Duchy Estates has recommended this Cambio de Casa system and said that this is ideal for Spain's property market. This mortgage means that expatriates don't have to rush through a sale to grab their dream residence but can relax and research for reasonable prices for their home without being hit financially with hefty mortgage repayments.

Posted by EstatesNewz at 6:41 AM 0 comments Links to this post

Spain has implemented more environmentally-friendly practices and property owners in Spain can join the present, solar powered 'green revolution', according to experts.

Homesworldwide.co.uk has reported that the new Spanish law passed last year which made it mandatory for new or newly refurbished buildings to have solar power systems. New Spanish properties will be provided with hot water systems using renewable energy. The law has made the use of insulation and the maximization of sunlight compulsory which means Spanish property owners can save energy and money at the same time.

According to the newspaper Guardian, the impact of carbon emissions on environment is potentially perilous; the government is taking positive measures by cutting speed limits to 50 mph, while a cap on winter heating is also considered. Officials are also looking at imposing limits on air conditioning used in public buildings during the summer.

Property buyers who want to snap up a cheap residence and environmentally-friendly location overseas have been advised to look at Navarre. The authorities said that nearly 70 per cent of the province's energy is currently generated by green sources and authorities are setting up to make this 100 per cent by the year 2010.

This comes after Mondial Assistance revealed that nearly one out of three British tourists is planning to visit Spain this year.

Posted by EstatesNewz at 6:33 AM 0 comments Links to this post

Property prices in the Andalusian city of Jerez are still rising steadily despite Spain's economic downturn since the onset of the credit crunch, which has impacted severely on its housing market.

Jerez is located inland, 20 km from Sanlucar and holds worldwide reputation for its brandy and sherry production. Jerez is also well-known for its long -standing Flamenco tradition, making it an outstanding place to watch this great art. Property buyers who want to snap up a cheap residence overseas have been advised to look at Jerez.

The city's international airport, affectionately known as an airport with Solera, after the famous method of producing Sherry already have frequent Ryanair flights from the UK. The airport will see modernization work to renew the runway and for an enlarged terminal building, which is expected to serve around four million passengers annually by 2012 which is up from 1.4 million in 2006. The increased access will have a direct influence on the Jerez property market, as a possible hike in tourists may bring more investment interest into the area.

Posted by EstatesNewz at 5:12 AM 0 comments Links to this post