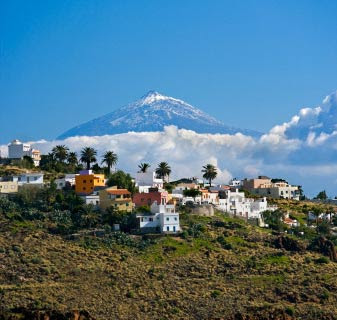 Tenerife has been a popular choice for property investment and retirement home destination among Europeans particularly those from the United Kingdom.

The vast number of pristine beaches and its all-year-round good weather makes it an ideal choice for property investors as it has the benefits of the long-term Spanish rental market. The occupancy rates on Tenerife property will be between 80 and 100% allowing investors to make rental yields of 10% depending on how much they use it for themselves.

The Spanish government is encouraging the property market in Tenerife by introducing a number of new financial incentive schemes. Capital appreciation is likely to be around 10%-15% per year.

Tenerife's subtropical climate coupled with the tranquil atmosphere and relatively cheap living costs make it an ideal place for holidaymakers and retirees. Tenerife Property World has reported that more people re-visit Tenerife on holiday than any other European destination.

Overseas investors looking for property in Tenerife could benefit from buying off plan property, according to the website. Property expert Liam Bailey has stated that Investors in Tenerife property can feel secured of their investment as they can use or rent-out straight away as it is considered as a safe established market which also has a high quality infrastructure making the property easy to market for holiday rentals.
Posted by EstatesNewz at 4:54 AM