Bag a bargain in Aragon

Property experts have suggested that overseas property Investors could find a number of good investment opportunities in Aragon. The national average figure for foreign homeownership in Aragon is about 9% and it is fast catching up with the national average of 12%. 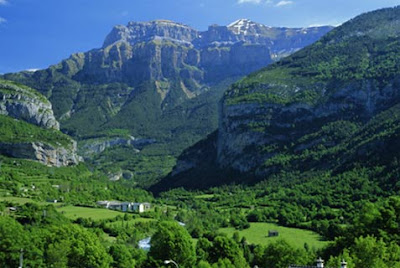 The property market in the provinces of Zaragoza, Huesca and Teruel in Aragon region is expanding at a considerable pace and is likely to keep growing. The rate of house price inflation in the area is compared favourably with a number of emerging markets in other parts of Spain. This means that investors could potentially make a substantial profit should they come to sell up their property in the future.

The official figures from the Ministry of Housing in Spain revealed that the Zaragoza province enjoys the highest property prices out of the three Aragon provinces with median values being about 13% above the national average. The development of a high-speed rail link from Madrid to Zaragoza could also serve to attract foreign property buyers to the area. Luxurious four-bedroom villas are still relatively cheap, with some priced for less than £200,000.

Teruel province is under priced when comparing with the national average with prices about 37%. Overseas property investors are advised to look for properties in Teruel as it offers a wide choice of homes at affordable prices. The properties are being sold at reduced prices and the conditions are ideal for those who want to buy a flat or house in Teruel province.

Estate agent Brad Johnston said that people are continuing to enter the Spanish market at a high rate and he added that prices will be spiraling upwards if an anticipated five million European move to Spain in the next five years. The government’s official figures have stated that net migration to Spain stood at 15.0 migrants per 1,000 of the population which is above the EU average of 3.7 per 1,000.

Posted by EstatesNewz at 3:04 AM